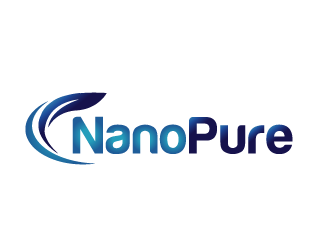 A Nanotechnology for Air and Surface

About Our Company History

The NanoPure technology originated in the Department of Energy’s Pacific Northwest National Laboratory (“PNNL”) which is managed and operated by Battelle Memorial Institute.  PNNL spent many years and millions of dollars researching and testing the efficacy of the technology.

As part of the Federal Lab Commission’s (“FLC”) efforts to commercialize federally-owned technology within the private sector, NanoPure obtained the exclusive licensing rights to this disinfecting technology directly from Department of Energy’s Pacific Northwest National Laboratory.

NanoPure’s initial mission was to locate a technology that could assist in controlling the Ebola virus both in Africa and in the United States in the event of an outbreak. The executive management team, through its vast network of military and DOD relationships, identified the NanoPure technology at PNNL as a possible solution, where government testing at the Madigan Army Medical Center had shown it to be highly successful in eradicating a variety of molds, bacteria, and viruses.

NanoPure has tested the technology in a wide range of markets including hospitality, academics, healthcare, agriculture, transportation and mold remediation, all of which resulted in a more effective and cost efficient method of disinfection.

NanoPure is a venture-backed operating company with exclusive worldwide rights sell and distribute a highly effective nanotechnology disinfecting platform which kills air- and surface-borne mold, bacteria, and viruses at a 99.9999% rate of effectiveness.

The Fluid Production System or “FPS” creates a powerful liquid disinfectant by electrolyzing salt water. The solution consists primarily of Hypochlorous Acid or HOCL, which is a naturally occurring molecule used by the human immune system. The HOCL solution is then placed into the MAG50 where it is converted into a high volume, sub-micron sized aerosol or “dry fog”.

The sub-micron particles quickly permeate an entire room by diffusion, and kill bacteria, viruses, and mold spores everywhere and instantly upon contact. HOCL has long been used as a powerful liquid disinfectant, but never before has it been possible to convert HOCL into a dry aerosol, with no residue, moisture, corrosion, or negative
side effects.

What is Hypochlorous Acid (HOCL)?

HOCL is naturally produced by the human body and is an essential part of our immune system. Whenever the body is attacked, white blood cells move to the infected area to surround and destroy the pathogen. HOCL is created through a chemical process known as Phagocytosis, to instantly destroy the pathogen, and any remaining byproduct.

NanoPure has been successfully tested by US & Foreign Government Agencies. The United States Defense Threat Reduction Agency successfully tested NanoPure against bio-agents including simulates of Anthrax and Ebola, common civilian and hospitals pathogens such as E.coli and Salmonella, antibiotic-resistant microbes, and viruses including H1N1 (swineflu), H5N1 (bird flu), and MRSA.